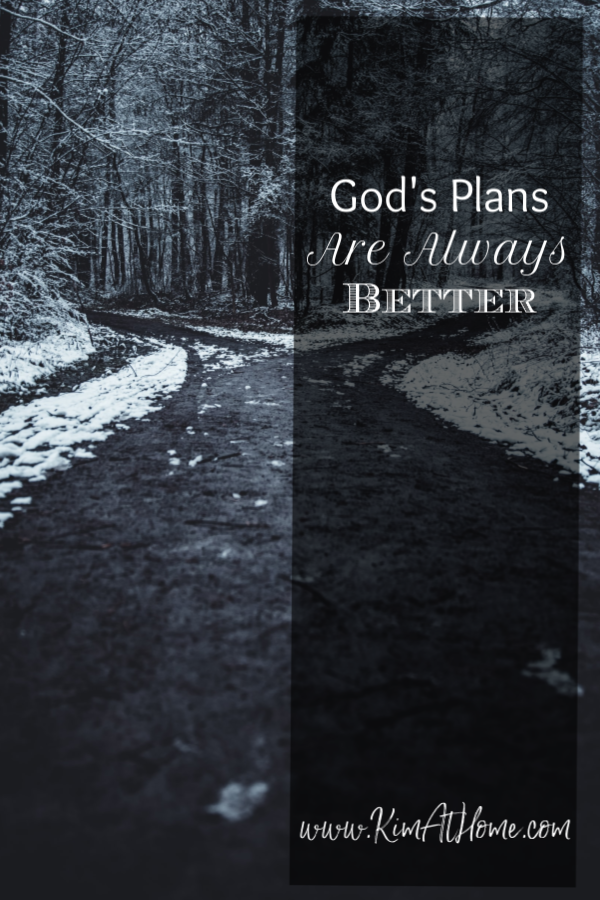 When my husband asked me to marry him, I had two conditions:

Fast forward to today.  Today is our 22 wedding anniversary.  We currently live in Texas which is the 3rd state we have lived in since leaving our home state (and all our family) of Arizona.  And my husband is gone today.  He’s been gone since September when he left on a 6 month business trip to New York.

You might feel sorry for me.  Not only did I have to give up my dream of the life I always wanted, my two conditions being thrown out long ago, but I’m spending my anniversary alone.

My husband would tell you that he talked me into these things over time, gradually winning me over.  But I have a different story to tell:

My husband (Jeff) was just finishing up school in the computer field when the tech bubble burst and it became very difficult for him to get and keep a job.  I can still remember where I was standing when he came to me and said he had an e-mail about a job that would take us to Maryland.  He wouldn’t do anything about it without my okay, so he came to me first.  And when he did, I had an almost immediate “yes” for him.  Moving that far away from family had NEVER been a consideration before but it was almost like someone else was saying “yes”.  There was no hesitation; I just knew it was right.

And so we went.

In Maryland, I had an opportunity to grow my own business, work in leadership positions in our church, and eventually we were able to find a top rated fertility clinic that led to us being able to have our children.  I grew so much . . . because I had to.  I was doing things I had never done before, overcoming challenges, and learning how to break out of my insecurities.  I was able to be mentored and influenced by so many people that I never would have met, otherwise.  I would not be the person I am today without the experiences we had there and have continued to have as we’ve moved around the country.

So, is it a good thing that we left our home state and all our family?  As much as I have missed them over the years and longed to go back (and even complained about it sometimes), God had a better path for me — one that required me to give up my own plans and follow Him.  Jeff’s work is one that I believe is his calling where he has the opportunity to make an impact and bless many lives.  It is where God wanted him but as I have had to follow this path with him, I have been blessed, too.

With this job that my husband took has come the opportunity for a lot of travel.  Now, he’s not gone nearly as much as some men are.  But he has had periods of time that were more demanding than others.  He was gone for 5 months when our oldest child was 6 months old.  And again for 2 months when our second child was a baby.  When the twins came along, he gave up every travel opportunity for a good long time.

I have not always handled the travel very well.  I get kind of cranky and ornery with him, even though he asks my permission before he says “yes” to any trip.  It’s not my favorite time, but I try to catch up on chick flicks and do some fun projects around the house when he’s gone.  But those are usually just for a week or two.

But this trip going on right now is different.

Jeff was going through some really difficult things at work with his management and going to work every day was miserable for him.  I suggested he find a short trip to go on to get away from it all for a little bit.  He interviewed for a 3 month position.  And the next day he was telling me about more challenges going on at work.  I immediately had the feeling that he needed to maybe take a couple 3 month positions just to keep him out of those circumstances for a bit longer and until closer to the time that we knew we would be moving to a new location anyway.

Even though I felt it was the right thing to do, I knew it would be hard and I was not looking forward to it.  Then, a few days later, we were on a family trip to San Diego.  We went to the Mormon Battalion museum and they told us about these women and families who were left behind while their husbands went off to serve in the Mormon Battalion.  The husbands were gone for 6 months.  The similarity was not lost on us.  I felt a confirmation that this 6 month trip was what he was supposed to be doing, where he was needed.

And so, I’ll spend my anniversary having a movie night with our kids and missing my husband.  But you don’t need to feel sorry or sad for me . . . I don’t.  I know that I have been blessed beyond measure and will continue to be as I give up my own path and follow His instead.  We’re still in the midst of it and this trip has proved to be a more trying experience than any of the others as it has been filled with challenges for myself and the kids.  I don’t yet know what all the blessings from it will be, but I do know that any path that God lays out for me will have glorious results.