This last week I saw a meme on Facebook that really bothered me.  I think it was meant to get a laugh and inspire people to be kind but instead it hit me in such a negative way.  It was a picture of a set of stairs that were shared by 2 neighbors.  It had snowed and one side of the stairs was shoveled while the other side remained covered in snow.  The caption read something like:  Don’t be this kind of person.  I get the sentiment; I really do.  But what came across to me was that it was shaming the person who only shoveled their own side of the stairs and didn’t care to help their neighbor.

The unfortunate thing in this is that we don’t know the story behind the picture.  Maybe the person who shoveled their own side of the stairs was late for work and couldn’t afford the extra few minutes to do that extra shoveling.  Maybe the person was 7 months pregnant with twins and it was all the energy she could muster, all while having braxton hicks contractions, just to do her side of the stairs so she and her family (and the neighbors who could easily just walk on that side of the stairs) could make it safely up and down the stairs.  Yep, I’ve been there!  Not with shared stairs, but with a sidewalk that would’ve just taken an extra 5 minutes to shovel all the way to my neighbor’s home but I was at the max of what I could physically do. 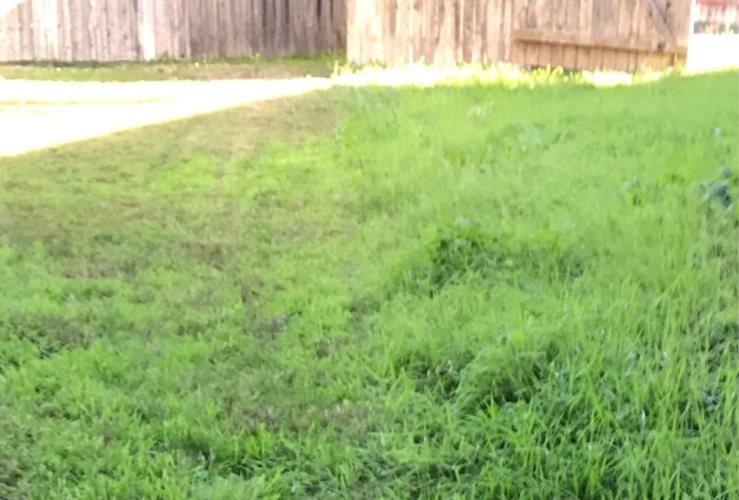 I was there again, today.  I had to mow my front lawn.  We’ve had some nice weather and some rain and it had gotten to a point where I couldn’t let it go anymore.  My 11 year old was to be tasked with the job since I’m still recovering with pneumonia but he woke up with a 102 degree fever.  So, despite my lack of physical energy, I went out to mow.  We’re on the back of a cul-de-sac so our front yard is small but our neighbor’s yard on that side of the house is even smaller and their yard needed to be mowed as badly as ours.  I probably could’ve done their portion of the yard in about 5-7 minutes after doing my own yard.  But I barely had the energy to do my own yard, let alone to push it another 5-7 minutes.

Someone could easily look and say “Don’t be this kind of person” when looking at the neighbor’s grass that I could’ve mowed and didn’t.

I guess my point is that you never know when there is more to the story that you just don’t know.  So, can’t we just stop judging other people’s actions and especially putting them out on social media for people to condemn?  The world is cruel enough.  Let’s try to spread goodness instead of hurt.  There are plenty of opportunities if we just look for them.