After 2 weeks off of oxygen, it was time to report in to the doctor about Breanna. She had no instances of color change (blue or purple) like she did the last time she came off the oxygen. Other symptoms we were to look out for included being more cranky than usual – she definitely has been that but we think it’s because she has been teething, breaking in 4 teeth in just a few weeks and more that appear to be coming. So, we are hopeful that we’re done with the oxygen (aka Windy, as we affectionately named her companion tank) for good. Today, we sent Windy packing and it felt so good!

The worry is still there and probably always will be. We still have an ASD (hole in her heart) that hasn’t been resolved yet and just in the last week we found out that some of the youth in our ward (church congregation) had been exposed to whooping cough while on a youth campout. With any of the other kids it wouldn’t have concerned me so much, but I put a call in to the pediatrician to find out if we needed to be concerned for Breanna. The doctor called me back herself and gave me instructions which included keeping the kids away from church for a few weeks until we are sure no one at church ends up with whooping cough, giving no chance for Breanna to catch it since she is still considered high risk for things like that. 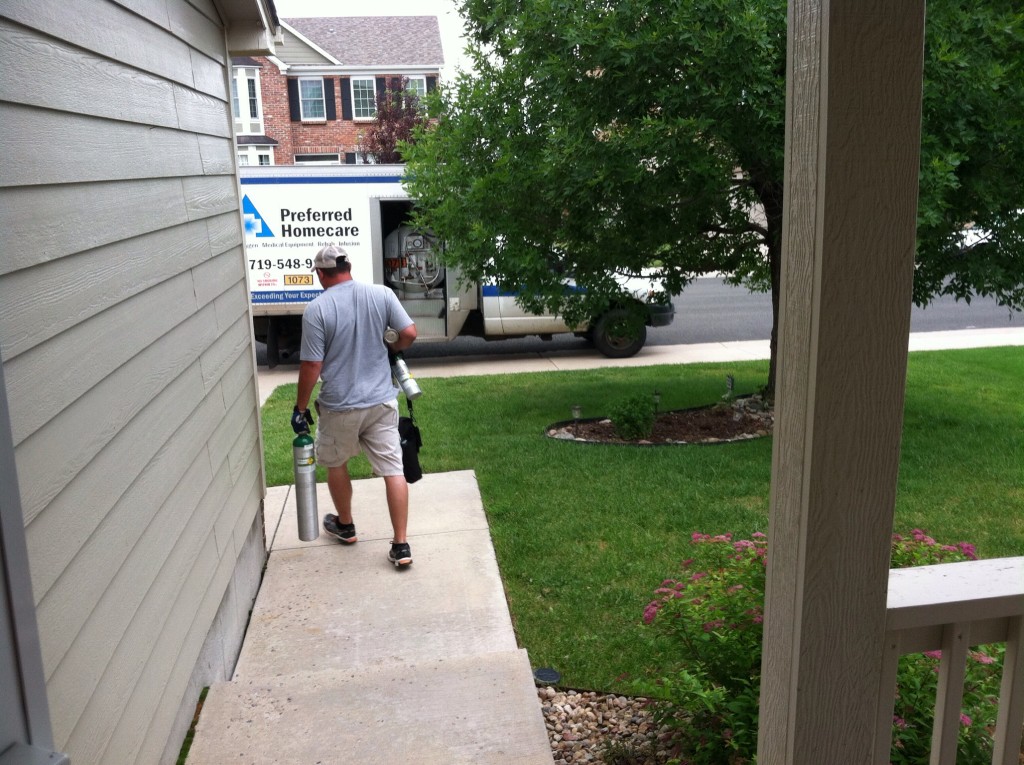 There goes the oxygen!