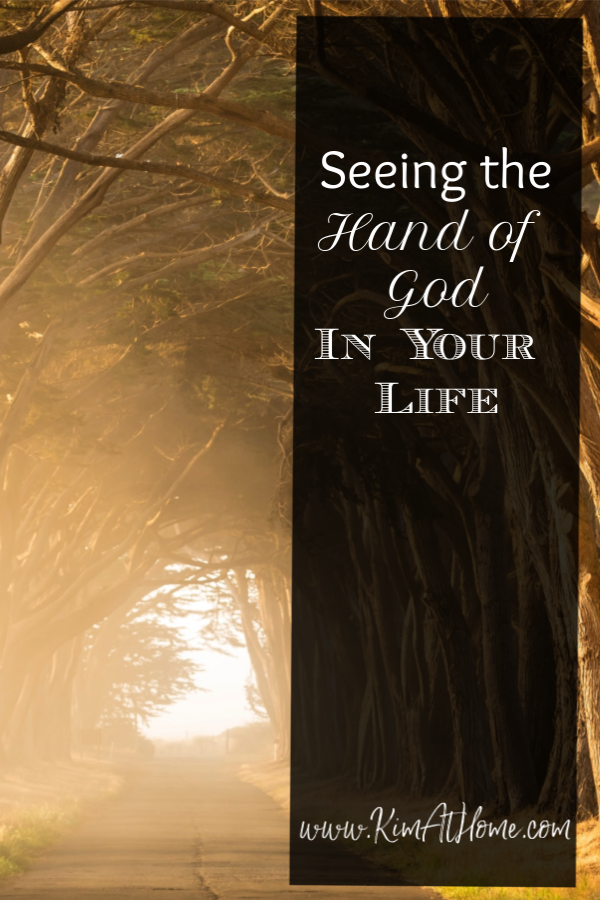 When you see the hand of God in your life, what do you do?  Do you stop and acknowledge it?  Do you kneel and thank Him?  Do you record it?  Do you even recognize it?

If you’ve been following along my recent posts, you’ll know that my husband is out of town on business for a while, we’re coming up on the holidays, my daughter broke her arm 3 weeks ago, and I’ve been struggling to get my health back after pneumonia.  Well, last night, my 5 year old’s cough that she’s had for a while turned much worse.  We headed in to the doctor’s office today to get a diagnosis of asthma and that asthma has caused a common cold to turn into pneumonia for her.

It’s like how can there be one more thing?!

But a few years back, I knew a woman who was going through some pretty serious health challenges.  And I heard how she was writing down, each day, the tender mercies (the ways God blessed her) that she was seeing in her life.  It helped her to focus on the good instead of so much on the hard.

This stuck with me and I started trying to make sure I was looking for the ways that I was being blessed, the ways that God was reaching his hand out to guide, direct, and bless my life, even during trials.  It wasn’t until recently that I actually made the effort to start writing them down – just a bullet point at the end of the day, simple & quick.  I believe that writing them down will solidify my testimony and will be a wonderful thing for myself and my kids to be able to look to in the future.  I’m also making a concerted effort to involve my kids, to tell them about these experiences and to let them share ways that they see the hand of God in their own lives.  It will take some time for them to figure it out, but I know they’ll get there.

So, I told you the story of what happened today as any person might tell it.  But here’s the story as seen through the eyes of someone who tries to recognize the hand of God in their life:

After a night of bad coughing, I called the doctor’s office to get an appointment for my daughter.  After making the appointment, I immediately thought how silly that was.  She wasn’t running a fever and she had just been coughing bad during one night.  Yes, she had had a chronic cough for a few weeks but was it really bad enough to warrant a trip to the doctor?  Wouldn’t I just be wasting her time and mine?  Yet, I felt the need to keep the appointment.

Before we got to that daughter’s appointment, there was an appointment for another daughter, one who had broken her arm 3 weeks previously.  The x-rays today showed the arm was healing nicely and she could remove the brace and use her arm normally again.

When we got to the doctor’s office for the 5 year old’s appointment, she was running a fever.  The doctor compared the notes from her previous chest x-ray (from the pneumonia she had less than 6 months ago) and sure enough when she listened to her lungs, she heard the beginning of pneumonia.

And with all that is going on, I’m coping.  There are bound to be some tears and some frustration as we continue to work our way through the challenges, but I know that God is aware.  And not just aware, but actively working to help us through this.  When I make the effort to see His hand in my life, it brings a whole new perspective that leaves me with an overall sense of peace, even through the hard stuff.