This was the perfect activity for a warm summer day. We had some friends over for a SNOW Party and they had a great time! This would be a fun birthday party theme or just as an excuse to have some friends over for some fun!  We had 4 different things to do that went along with our snow/ice theme.

I bought a bunch of cheap white socks at the dollar store and added all my socks from the laundry room that were missing pairs. As the kids arrived, I put them to “work” balling up single socks. When that was done, we took the basket of socks outside and they had a snowball fight, just running around the backyard throwing socks at each other. 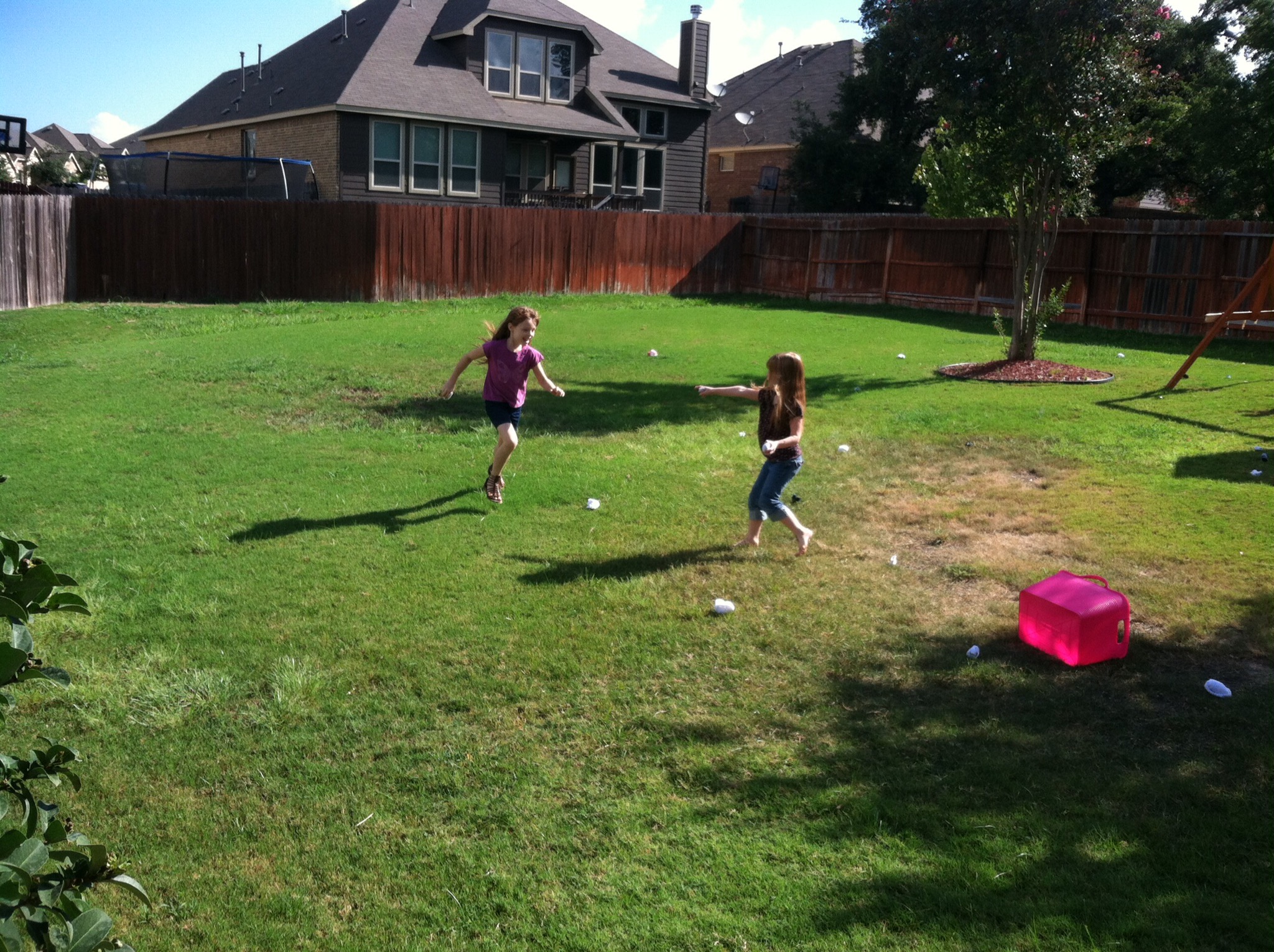 A couple days before the party, I put some dollar store animals inside of balloons, filled them up with water, tied them off and put them in the freezer. When the kids were ready, we brought out the frozen balloons, peeled the balloon away and they used a hammer to chip away at the ball of ice until they found the animal inside. This was so simple but they all seemed to have a good time with it. Tip:  To keep the animals from floating to the top, I rotated the balloons once they started to freeze. However, by doing this a couple of mine burst in the freezer, so be sure to do a couple extras. 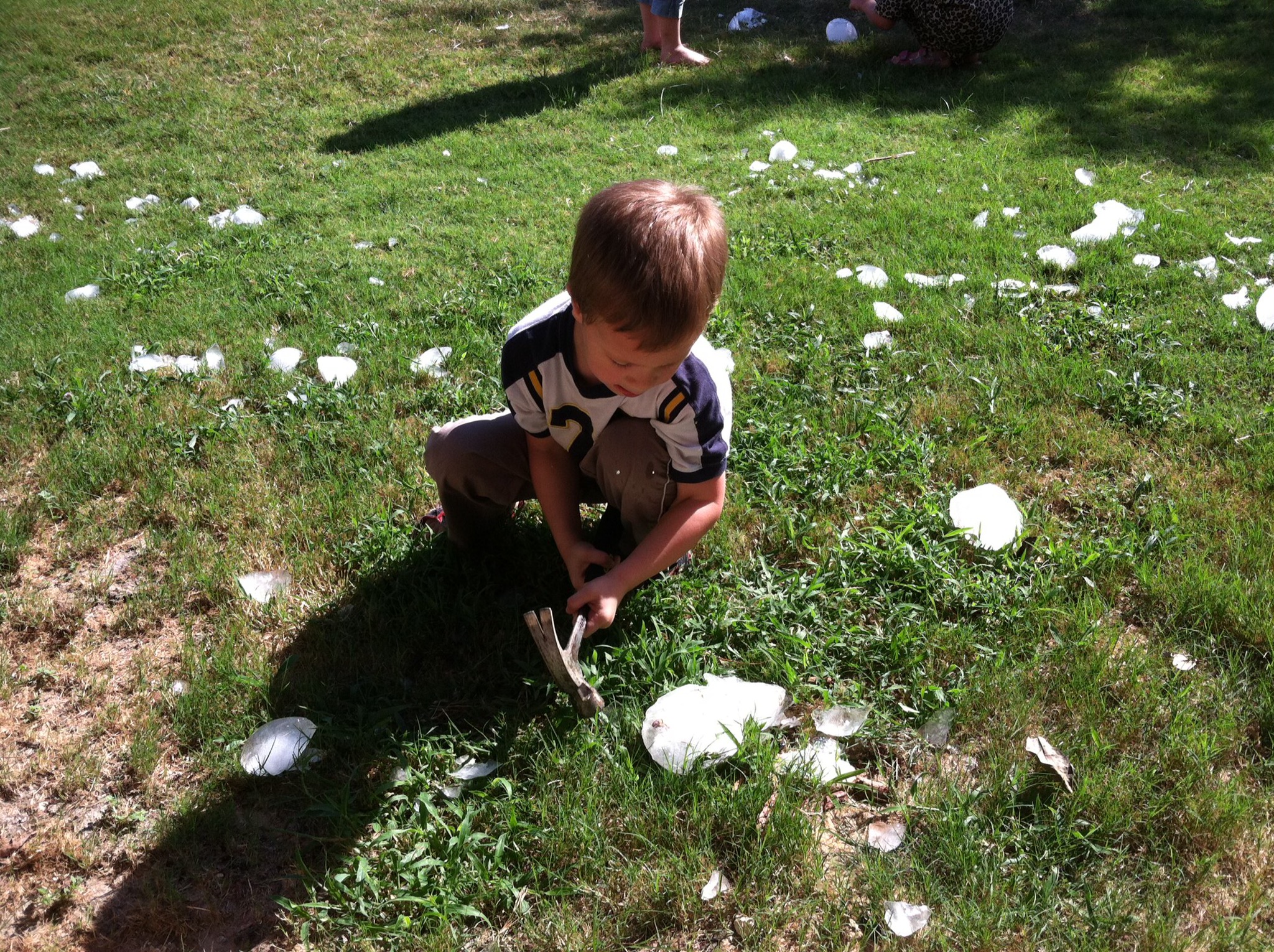 Using a recipe I found online, I added 1 cup of white colored hair conditioner to 3 cups of baking soda.  I did a triple batch in a huge bowl for the number of kids we were having over. Each kid got a scoop of “snow” in a disposable aluminum baking tray from the dollar store and they just played for a while. Most of them liked using their plastic animal from the ice excavations to play with their snow. When they were done, I bagged up individual portions from their tray for them to take home. Tip:  Make sure you like the scent of the conditioner you use because your whole house will smell like it! 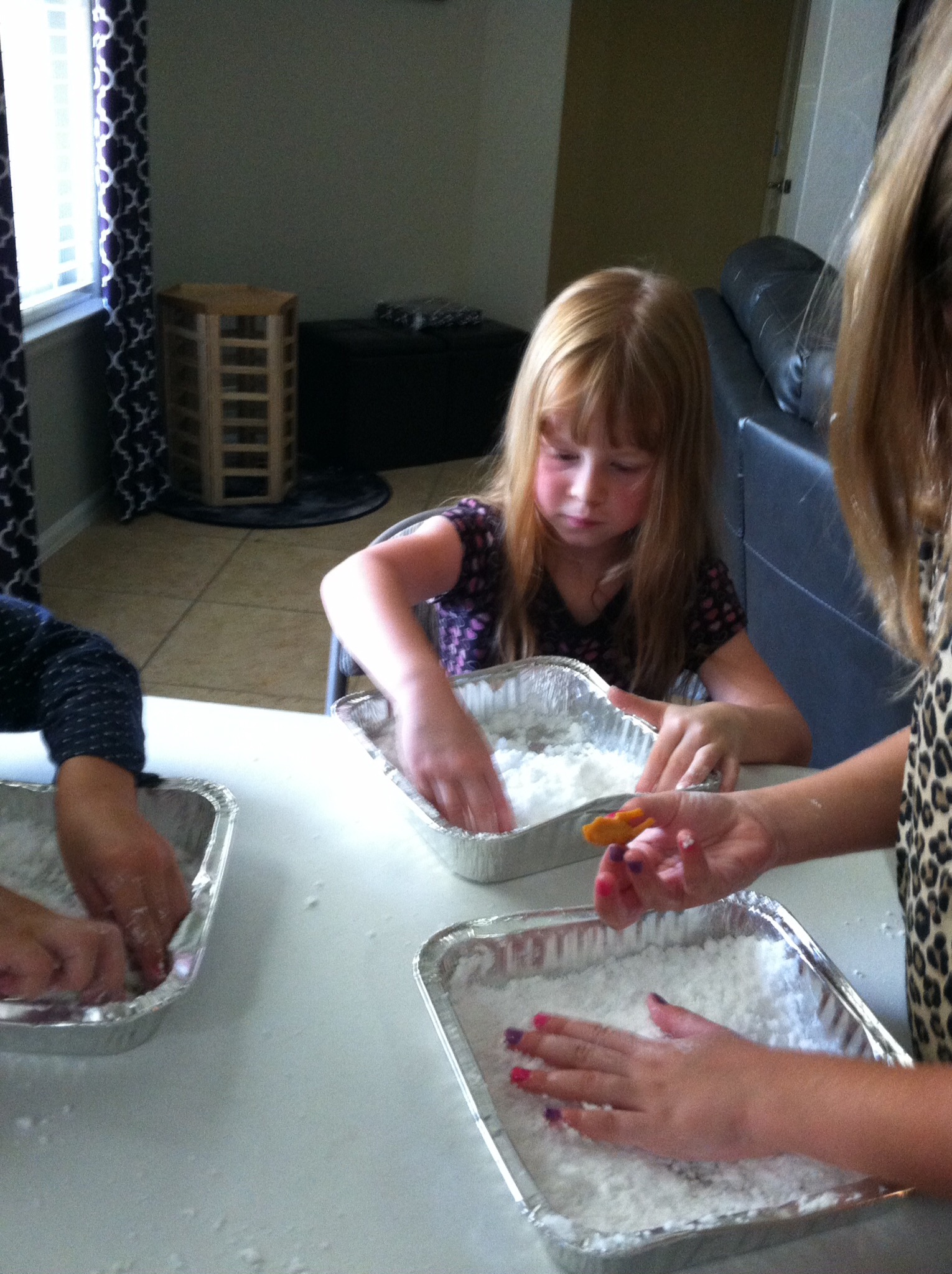 Of course, the hit of the party was finishing up with snow cones. Instead of using snow cone cups, I just use styrofoam cups with spoons. We’ve had a cheap plastic snow cone machine for a while and it gets the job done, breaking the ice into tiny pieces. But if you find you will use it as often as we do, this shaved ice machine we just bought is pretty awesome – it’s quick and actually shaves the ice.  We love it and use it a few times a week in the warm weather months with our yummy Torani flavorings – I get the 25.4oz/750ml bottles and I like to add the pump since it doesn’t come with one.  (Cherry Lime with a little scoop of vanilla ice cream mixed in to the shaved ice is my favorite!) 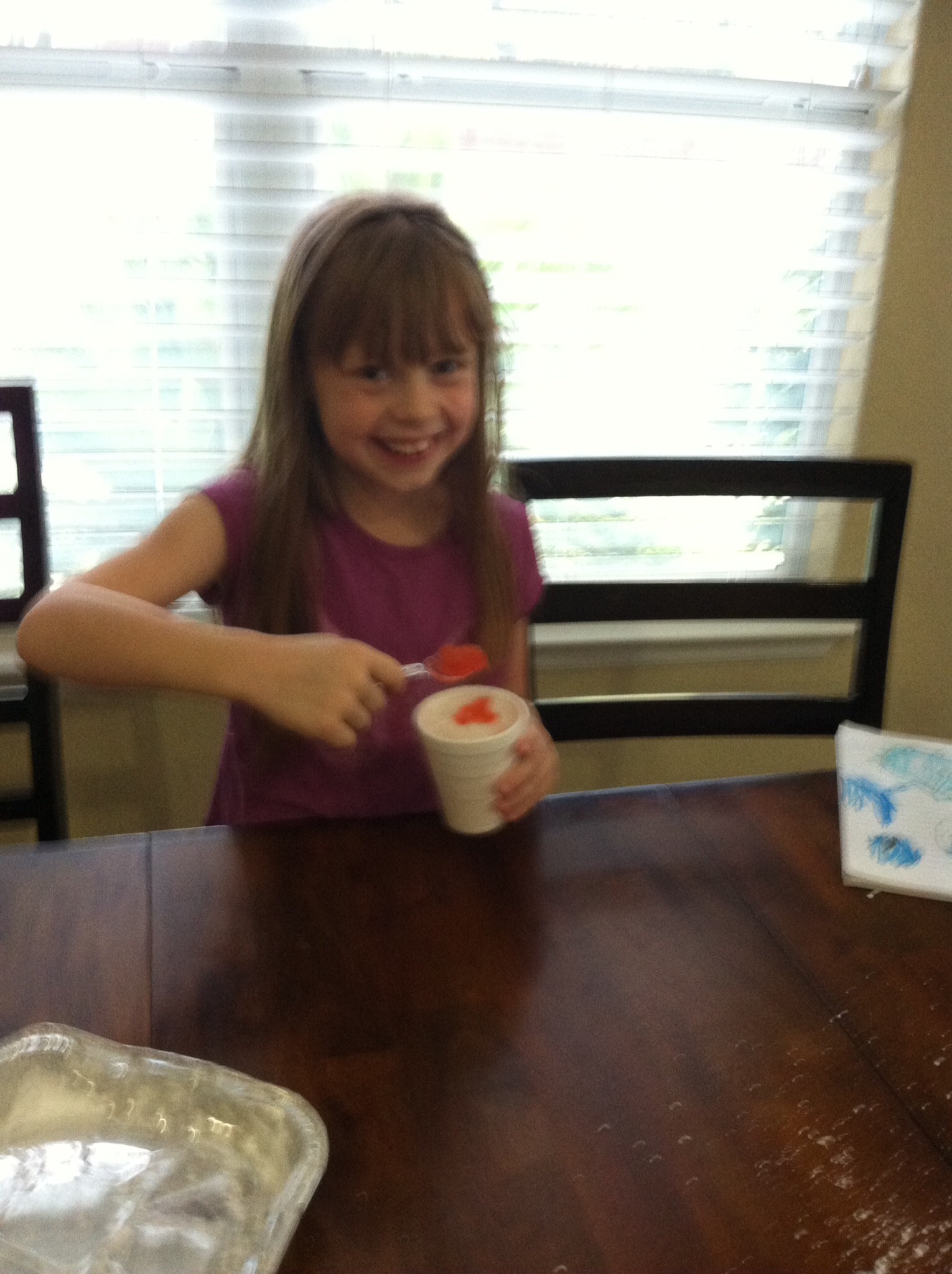