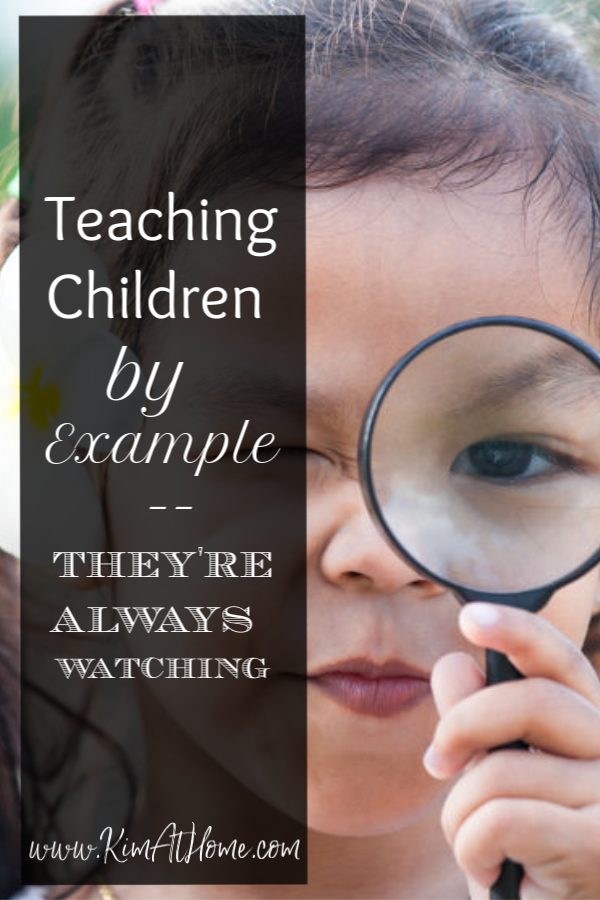 “Why do I have to do stinkin’ everything around here?!”

Those were the words being screamed from my 4 year old’s mouth as she threw a massive tantrum over being asked to move her laundry from the washing machine to the dryer — something that is an easy job for her but she just didn’t want to do at that particular moment in time.

But it wasn’t the tantrum that hit me in that moment.  It was the words.  Those were not words that a 4 year old would naturally say.  Nope.  That sounded like something that I would say.

And it was yet another glaringly obvious reminder that I am still just a child, trapped in a 42 year old body, playing an adult in real life.  I never even knew this until I had kids.  Then, all of a sudden, frustrations were surrounding me constantly during the day.  I had to problem solve and deal with things — hard things.  And there were lots of times when I did NOT handle things like an adult.

I first realized it when my older daughter reached a point that she was screaming and yelling . . . a lot.  As I talked her about trying to resolve problems with words and changing her tone of voice to speak to people in a kind way, I realized that I was not setting the best example for her.  In fact, I was setting a really lousy example for her.  And she was learning everything I was showing her.  Quite the good little student, actually.

I knew I had some major work to do on myself.  And as I tried to follow my own advice to her, I started to grow up a little.  I was able to get my emotions better under control, to stop yelling when I was frustrated and angry, and to speak more kindly.  It didn’t happen over night.  It was a process that took a while but the realization that I was acting like a child and my children were learning bad behaviors from me, helped . . . a lot!

And the good news is that that sweet girl has made incredible improvements right along side me.  So, I didn’t ruin her forever and we have both learned and grown together.

But here it was again, this morning.  “Why do I have to do stinkin’ everything around here?!”  I went to that screaming, ornery 4 year old and wrapped my arms around her in a big hug.  I calmly explained that she doesn’t have to do everything, but just has to do some things to contribute to our home, just like everyone else in the family.  And that if she could get it done and have a better attitude, she could still go to preschool.  (Preschool is a great motivator and was able to snap her out of it and into a better attitude.)

And then I reminded myself that I don’t do “stinkin’ everything” around here either — and I will watch my words much more carefully from now on.  What was just a small, forgettable moment in time for her, is one that will be etched in my memory of a time when she followed my bad example, choosing to complain instead of happily contributing to the household.

Those kids . . . they’re always watching!  They come to Earth with their own personalities, but they learn so much from the things they see us do, the things they hear us say, and the way we treat others.  We won’t ever do it perfectly, but I hope we’ll try each day to do a little better.  I know I will.