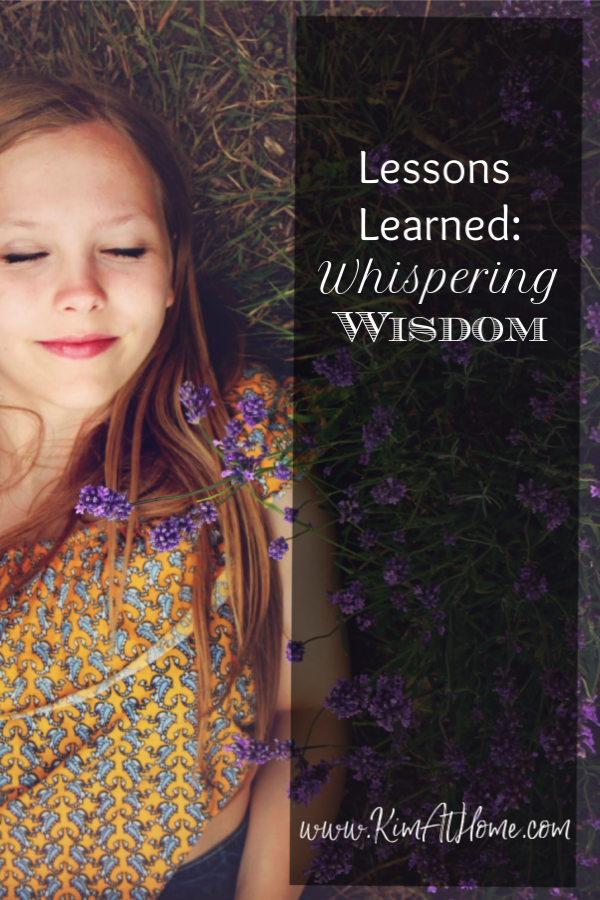 I was listening to a podcast a while back and the guest told the story of Paul McCartney writing the song, “Let it Be”.  The gist of it is that his mother died when he was young and one night he had a dream of her coming back to him and speaking “words of wisdom” that brought him a feeling of peace in a hard time.  At the time, I was struggling with one of my children who was arguing with me a lot and just causing a lot of turmoil in our home.  The thought of “whispering wisdom” stuck with me and I realized that was the answer to the problems we were having.

I had gotten into the habit of lecturing her and what she needed were just a few quiet and wise words instead of my lectures.  I started singing “whisper words of wisdom, let it be” in my head over and over and over again as the message sunk in.  And the first time we ran into an argument again, I followed this advice.  I quietly shared just a few words of wisdom (just one sentence) and then I stopped.  I didn’t expect what happened next.  She went off on me, ranting and raving about how she was tired of me always lecturing her.  I had to stop myself from laughing out loud since this was the first time in a while that I hadn’t responded with a lecture.  But I ended the argument by letting it be and she was pretty mad about that.

There were a couple more big arguments after that and I continued on my path of whispering wisdom.  Then all of a sudden the tone of things changed.  There are still arguments that come up, and still times that I find myself reverting to lecture mode, but I find that when I listen to the words of the song and whisper wisdom, it goes a lot further for me.  She will actually listen, contention is disolved a lot faster, and it leads to fewer follow up arguments.

So, the next time you’re tempted to launch into lecture mode, try singing those words to yourself, and then just whisper words of wisdom and let it be.